My soldier is a city mouse and I am a country mouse. So the other night he caught me off guard with  an announcement. The man who says he won't go camping because that is what he gets paid to do says to me:

Mr. LbF "I think I am gonna pick up hunting."


Me(Falling into fits of laughter) "What would you hunt?"

Me "Do you even know what to do with a turkey after you've shot it?"

Mr. LbF "Yes, you get the feathers off."

Me "You know they are covered in mites sometimes that crawl up your arms when you get the feathers off."

I was laughing so hard at this point he started grumbling and said the conversation was over.

I am not naive about what my husband does for a living. Or what he has been trained to do when he is deployed. But when he is talking about hunting this, is what I picture:

In his job he does not hunt Wascally Wabbits. He hunts who ever the chain of command tells him to. And he looks like this: 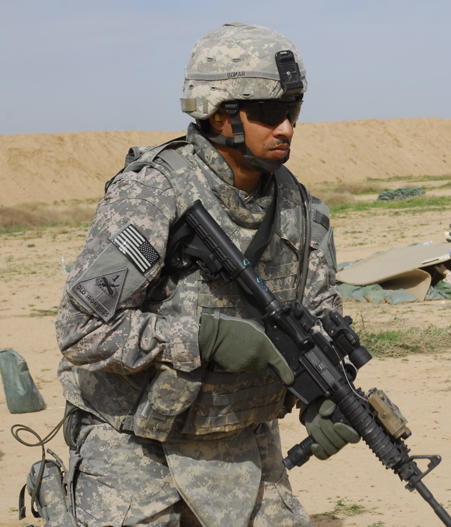 Thank you for your service Babe, but lets say you stick to your day job and I'll get our turkey from the store.